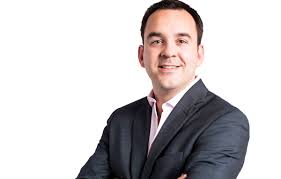 We are pleased to welcome Blake Richards, Member of Parliament for Banff - Airdrie, to South Surrey - White Rock for a special dinner event.

Come out and meet Blake and Kerry-Lynne, show your support for our South Surrey-White Rock candidate Kerry-Lynne Findlay, and enjoy the company of fellow Conservatives.

As the Opposition Critic for Small Business, Export Promotion and Tourism, Blake plays an important role on Andrew Scheer’s team, holding Justin Trudeau and the Liberals to account in the House of Commons. We look forward to hearing his perspective on important issues of the day and the upcoming election on October 21.

Ticket includes your choice of burger, pasta, or chili, and a beer or wine.  (See Tickets Below)

Have you signed up to volunteer on the campaign? We are gearing up for the fall election and we need your help! Sign up now [link to volunteer sign up] or talk to a campaign team member at the dinner to learn more.